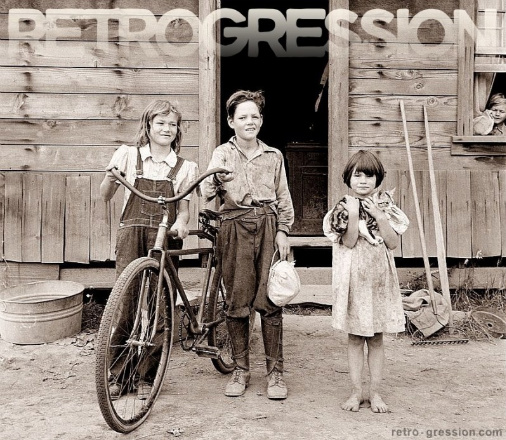 I know I have put up a bunch of posts about companies and or products that I like.  Im not a sponsor by any means, Im just passing along info that has helped me get cool shit for my bike.  Retrogression (formally Bikeage) is another company out there I feel deserves attention.  Cool dudes selling cool shit and not stealing all your cash while they are at it.  They sell a lot of quality fixed gear parts and accessories and not to mention they make tight t-shirts.   When I saw this site a while back when it was called Bikeage I already knew Id like what they were all about.  Being a fixed gear fan as well as a punk rock fan I thought with a name like that they cant suck and sure enough it was a site worth remembering.  I love the Descendents and always thought Bikeage would be perfect for a company/site about bikes(hell I almost got it tattooed on my knuckles). At first I thought “why change that, it fits so well?”  but after reading the “about me” on the site now I really like where it went…

1. The act or process of deteriorating or declining.

2. A return to a less complex or more primitive state or stage; to move backwards.
3. A Buddhist term that refers to one’s rebirth after death on earth or one of the other lower realms.

The first meaning may seem negative but can be interpreted in a positive way. The world seems to be headed in a pretty fucked up direction and good things often come from the chaos of “decline”.

I feel the second meaning really makes it relevant to bikes and more specifically, fixed gear bikes. Despite all the technological advances the bicycle has made over the past hundred years or so, here we are riding incredibly simple machines that lack the ability to shift – or even coast – just as people did at the turn of last century. Also, it literally means to go backward (which fixed gear bikes are obviously capable of).

The third meaning applies to the rebirth and expanding of Bikeage. Our decision to begin stocking reputable parts alongside our own products is an addition I’m sure you’ll be happy with and we’re stoked to be able to offer them at reasonable prices.

Check them out, buy shit from them.  Its great to support good dudes selling good shit…

I love Cinelli for obvious reasons but their colabs really make me love them.  I was a little surprised when they teamed up with Mash SF and made an unbelievable frameset but a colab with Mike Giant? 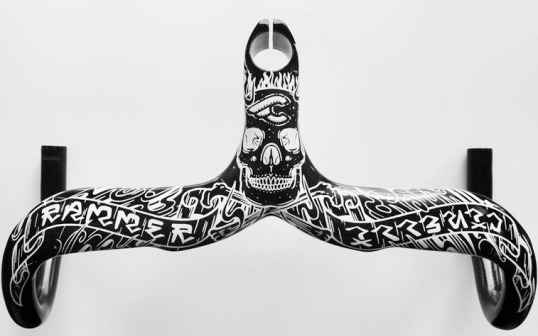 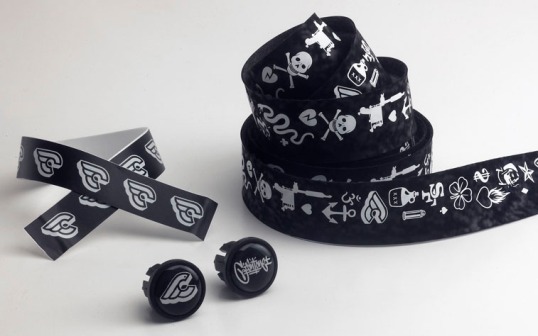 And this with Barry Mcgee?

This makes me love Cinelli so much more.

A while back I decided it was time to build up a nice bike that I could be proud to ride, you know… something nice from the ground up.  I started getting everything together.  I got my wheelset built through the guys at Velomine.  By the way, Ben at Velomine was a pleasure to deal with…  Anyhow, I then started getting everything else together.  Cinelli stem, Murphy seat post, origin8 this, origin8 that, KMC chain and so on.  I had a color scheme in mind and wanted the bike to look mean.  I was painting some chainrings for it and other odds and ends.  I basically got all nice/decent parts and ended up skimped on the frame (which i know was retarded).  I got some jap knockoff of a Leader frame and I definitely  got what I paid for.  It looked tight and was not total shit but I also wanted this bike to be my main bike so it just dident cut it.  So this whole time Id been looking at builders (which I never thought Id have the cash for) and other nice frames from companies like the Cinelli, Leader, Masi, and whatever else.  I came across Spicer Cycles through some google searches and loved what he was doing.  Ive always wanted a pursuit frame but was never able to get them at a decent price.  I also wanted a steel frame so bad.  I gave up in my searching for a bit and just dealt with the old frame. One day I went back to Spicer and I ended up getting lucky.  He had a clearance frame that just so happened to be my exact size, the exact style I wanted and was even a color red that was perfect, not to mention it was steel.  It was on sale all because of some small powder coat issues which I could give a shit about.  I got a hell of a deal but to be honest his prices are great to begin with.  I gotta say his quality is outstanding and service was even better.  Im just about done building it up and cant wait to put a shit load of miles on it…

I love this frame.

It seems most people in the “fixed gear” world enjoy “looking” at their bike just as much as they enjoy riding it, myself included.  I also think colors should match and compliment.  Sometimes thats hard to do on little details.  Alot of fixed bikes are colorful and well thought out and some companies help in making colorful components. Hell, look at Origin8, they make just about everything colorful and its awesome.  Anyways, PORKCHOPBMX is an awesome site to get cool colorful components for your bike too.  Its a BMX site that sells very awesome BMX parts but I have used stuff from them on my fixed..  It has just about everything you will need and the guy Justin that runs it is also a very nice dude and his prices are outstanding.  Dude ships out fast and its always quality.  I know Im not a BMXer anymore but break cable housing is needed on any kind of bike and i think its little details like that that can and will make your bicycle stand out.  Im really just riding fixed but like I said, shits gotta match and I like color.  Even if you just got to him for break cable housing (which is mostly what I have got from him along with some other small break parts) you’ll be happy.  I have had more people ask about the brake cable housing on my bike than anything else.  I could have went with black and it would have matched perfectly but, look at this RAD checkered housing…

PorkChopBMX makes me wanna get back on a BMX even tho its been like 17 years or so and I sure as shit don’t feel invincible anymore.  I guess I have been asked so many times where I got that black and yellow housing (as well as the hot pink) that I figured a blog about it was a good idea.  Also like I said, PorkChopBMX is so awesome to deal with that I want to send as many people his way that I can…

There is also a lot of cool grips on his site.  Anyhow, check him out when and if you can…

(Im not a sponsor, I just think you should support PorkChopBMX)

So I found some framesets from an italian builder, Legor Cicli.  This dude kills it.  His frames, in my opinion look unbelievable.  I know there are a lot of builders out there but god damn, I really like what he is doing.  I kinda wish his site made sense to me but seeing as I can read just as much italian as I can speak which is none, Im left just looking.  Anyhow, if my info is incorrect, oh well, they are still nice frames to look at… Enjoy!

I Love this built up… 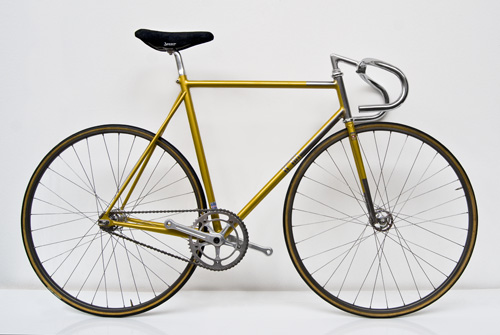 So I gotta say Im a huge fan of these LDG Pursuit frame sets.   Duel 700c makes these just aggressive enough and I love that they are steel.

When built up they don’t look too “funny”.  Ill bet they are pretty comphy to ride and I must say they look real tight.

Im digging this Masi Pursuit I came across.  I prefer a curved top tube a little more but hell, id take it…

So I was just on the Velocity site and saw these wheels.  Id love to see these on a bike in person.  Ill be they are awesome.

Things I write about…